The Shelf-Life of a Vision, Almost 30 Years Later: the 1993 Statement on Caring for Creation by the Evangelical Lutheran Church in America 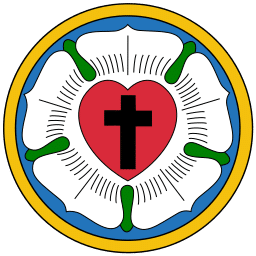 In recent years, the Evangelical Lutheran Church in America, its theologians, its pastors, and many of its lay members have been preoccupied with a number of critically important questions, among them these. How are we, as church, to remain faithful to the Gospel in our secular world, as we continue to honor the classical theological traditions of the church? How are we, as church, more particularly, to affirm God’s good gift of human sexuality, as that gift is identified by the Scriptures and embodied in faithful praxis? How are we, as church, to respond to the racism and sexism that flows in our ecclesial veins?  How are we, as church, to grow in numbers inclusively and diversely, living, as we do, in a corner of the globe where the witness of the classical theological tradition is increasingly a matter of indifference?  The force of these questions shows no signs of waning.  It even appears to be more pronounced in a time when the ELCA continues to experience a steady membership decline and apparently is also facing a clergy shortage.

Such questions, as a matter of course and rightly so, occasion many headaches and heartaches for the entire church today.  But, in the meantime, thoughtful members of the ELCA still keep noticing – as if with furtive glances – a huge gorilla in the corner of the room, whom relatively few seem to have agenda-time to deal with consistently and creatively. That gorilla is wearing a sign, with a question: “God’s good earth is in crisis – do you care?”

The global earth crisis will simply not go away, however much persons of good will and Lutherans of good faith, in particular, may legitimately be preoccupied with other pressing matters, such as the questions I have already identified. Along with issues of global peace and justice, to which it is integrally and inseparably related, the future of God’s good earth and especially of God’s beloved poor around the Earth, must command our attention in practice today, along with the many other issues that may legitimately preoccupy us.

True, in recent years an impressive grassroots movement in the ELCA has emerged and made significant strides in calling together ELCA earthcare advocates in order to set forth and embody a fresh ecojustice vision for the whole ELCA:  Lutherans Restoring Creation (lutheransrestoringcreation.org). In 2021, LRC sponsored an online Earth Day Liturgy, at which the Presiding Bishop preached, and which drew some 40,000 linked participants. They will host another Earth Day Liturgy this year, 2022: https://lutheransrestoringcreation.org/register-for-the-2022-earth-day-worship/. But even in these activist circles the 1993 ELCA statement, while occasionally referred to, appears to be regarded mainly as an exemplary statement from the past. The pressure of the earthly crisis today almost totally dominates the minds and hearts of LRC ecoactivists today, it appears to me, fittingly so, in view of the scope of the crisis.  But based on which theological assumptions?  All of this raises the question about the shelf-life of a now almost thirty year-year old church statement.

Perhaps the 1993 ELCA statement on earthcare has been allowed to gather some dust, because the ecclesial issues I mentioned at the outset have pushed it into the recesses of the mind and heart of the church. But such a diagnosis, plausible as it sounds, is probably superficial. The root problem, in all likelihood, it appears to me, has to do with some of the most fundamental theological convictions embodied in the received Lutheran traditions in our era.

It seems that the global environmental crisis is widely viewed in ELCA circles, if it is considered a theological priority at all, mainly in ethical terms.  Let’s hear it for those terms, to be sure.  But to this very day, the operative theologies of creation, cosmos, Christology, ethics, and liturgy that are widely assumed and sometimes taught, at all levels of sophistication, often, if not always, appear to be seriously and ironically indifferent about the whole creation, notwithstanding some usage of creation-language. Hence they inevitably shape the life of the faithful in ways that make it easy for them to leave the vision of a whole-creation theology on the shelf, even while many are morally concerned with issues like the global climate crisis and ecojustice for all, especially the poor and the oppressed.  All the more power to them, as I say, but what has been lost?

The single most critical theological fundamental of the ELCA statement, in this respect, it appears to me, is identified by this question: are God’s creative and redemptive purposes focused mainly on us humans or are they focused on us and on all other creatures? Is our operative theology fundamentally anthropocentric in these times of planetary emergency – focused chiefly on the climate crisis, for example – or is it fundamentally theocosmic in scope?  Does God really have the whole world in God’s hands or are we to believe that God mainly has us humans in God’s hands?

If we take the anthropocentric-crisis approach as our primary concern, our relationship to the earth will, as a matter of course, be a secondary matter.  We will think of that relationship primarily in instrumental terms. We will readily champion “responsible stewardship” of the earth, but that will be the end of that. The theology of the whole creation will be reduced, in effect, to one major ethical mandate, responding to the climate crisis.

But if we turn away from the anthropocentric fixations of modern theology, and if we embrace – with the 1993 ELCA statement – a theocosmic vision, this is what we will see:

1) that God has a loving purpose, from the very beginning to the very end, for every creature, not just for human creatures,

2) that Jesus Christ, by his cross and resurrection, came to redeem the whole cosmos, not just human creatures,

3) that the Spirit of God energized (hovered over) every creature from the very beginning and will continue to do so creatively and beautifully to and into the day when God will make all things new, and

4) that our liturgy is a proleptic embodiment of the eschatological triumph of God’s cosmic purposes, brought to their fulfilment by Christ and the Spirit.

Thus envisioned, the whole creation won’t be something merely instrumental for us.  We will encounter it as something essential in itself for God’s purposes. Then the vision of the ELCA Caring for Creation statement won’t just gather dust on our shelves. It will inspire us to see the whole creation in a new way.

Yes, for sure, the 1993 ELCA statement is by no means the final word on the matter. Yes, for sure, that statement’s Christological, pneumatalogical, liturgical, and ethical claims can and perhaps should be extensively expanded and deepened. Still, the statement does make a historic break with anthropocentric assumptions in the theology many of us have inherited. It highlights God’s purposes for and involvement with the whole creation, including the vastness of cosmic immensities. It accordingly opts for a theology of creation-care and eschews more anthropocentric theologies of stewardship (that term is no longer used). Further, the statement’s integration of creation-care with the mandates of social justice is thoroughgoing and compelling. It was, therefore, a very good beginning.

Now it’s up to a new generation of pastoral leaders and lay members and friends of the ELCA, beyond the many thousands who have already identified themselves with LRC, to dust off the 1993 vision almost thirty years later, to reaffirm its sound theological teachings, to fill it out where it needs to be expanded or deepened, and then to teach it in every congregation with a new enthusiasm, even though the claims of other critical issues will in all likelihood not have subsided.

(An earlier version of this essay was published in the Journal of Lutheran Ethics, Sept. 2003.)